The Corinth Canal  connects the Gulf of Corinth in the west with the Saronic Gulf in the Aegean Sea in the east. It cuts through the narrow Isthmus of Corinth and separates the Peloponnese from the Greek mainland, thus effectively making the former peninsula an island. The builders dug the canal through the Isthmus at sea level; no locks are employed. It is 6.4 kilometres (4 mi) in length and only 21.4 metres (70 ft) wide at its base, making it impassable for most modern ships. It now has little economic importance.

The canal was mooted in classical times and an abortive effort was made to build it in the 1st century AD. Construction finally got under way in 1881 but was hampered by geological and financial problems that bankrupted the original builders. It was completed in 1893 but, due to the canal’s narrowness, navigational problems and periodic closures to repair landslides from its steep walls, it failed to attract the level of traffic expected by its operators. It is now used mainly for tourist traffic.

Whilst several rulers in antiquity dreamed of digging a cutting through the Isthmus, the first to propose such an undertaking was the tyrant Periander in the 7th century BC. The project was abandoned and Periander instead constructed a simpler and less costly overland portage road, named the Diolkos or stone carriageway, along which ships could be towed from one side of the isthmus to the other. Remnants of the Diolkos still exist next to the modern canal.

Demetrius Poliorcetes (336–283 BC) planned to construct a canal but dropped the plan after his surveyors, miscalculating the levels of the adjacent gulfs, feared heavy floods.

The emperor Nero was the first to actually attempt to construct the canal, personally breaking the ground with a pickaxe and removing the first basket-load of soil in AD 67, but the project was abandoned when he died shortly afterwards. A memorial of the attempt in the form of a relief of Hercules was left by Nero’s workers and can still be seen in the canal cutting today.  Other than this, as the modern canal follows the same course as Nero’s, no remains have survived.

The Greek philosopher and Roman senator Herodes Atticus is also known to have considered digging a canal in the 2nd century AD, but did not manage to get a project under way.  The Venetians also considered it in 1687 after their conquest of the Peloponnese but likewise did not initiate a project.

The idea of a Corinth Canal was revived after Greece gained formal independence from the Ottoman Empire in 1830. Construction was formally inaugurated on 23 April 1882 and was opened in July 1893.

Serious damage was caused to the canal during World War II, when it was the scene of fighting due to its strategic importance.

Although the canal saves the 700-kilometre (378  n.m.) journey around the Peloponnese, it is too narrow for modern ocean freighters, as it can only accommodate ships of a width of up to 17.6 metres (58 ft) and a draft of 7.3 metres (24 ft). Ships can only pass through the canal one convoy at a time on a one-way system. Larger ships have to be towed by tugs.The canal is nowadays mostly used by tourist ships; 11,000 ships per year travel through the waterway. 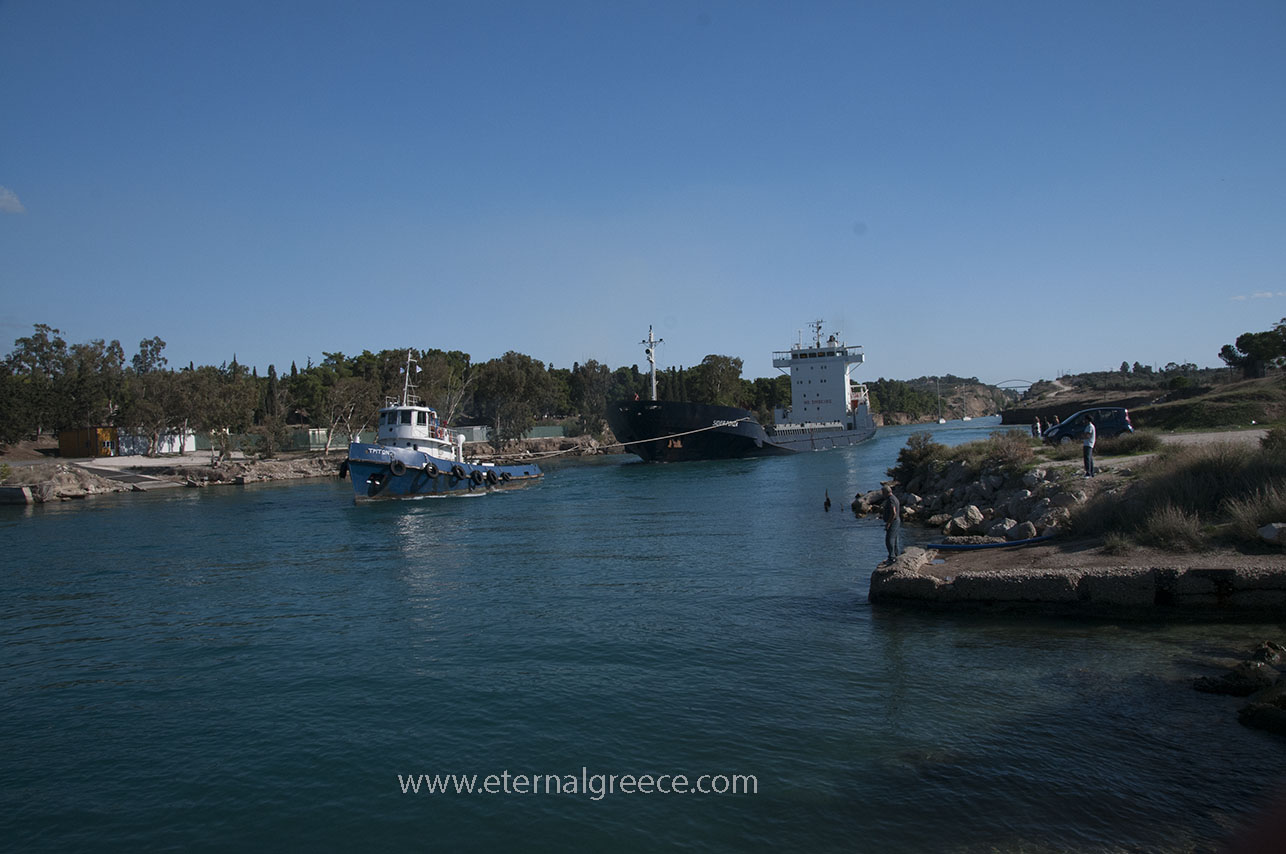 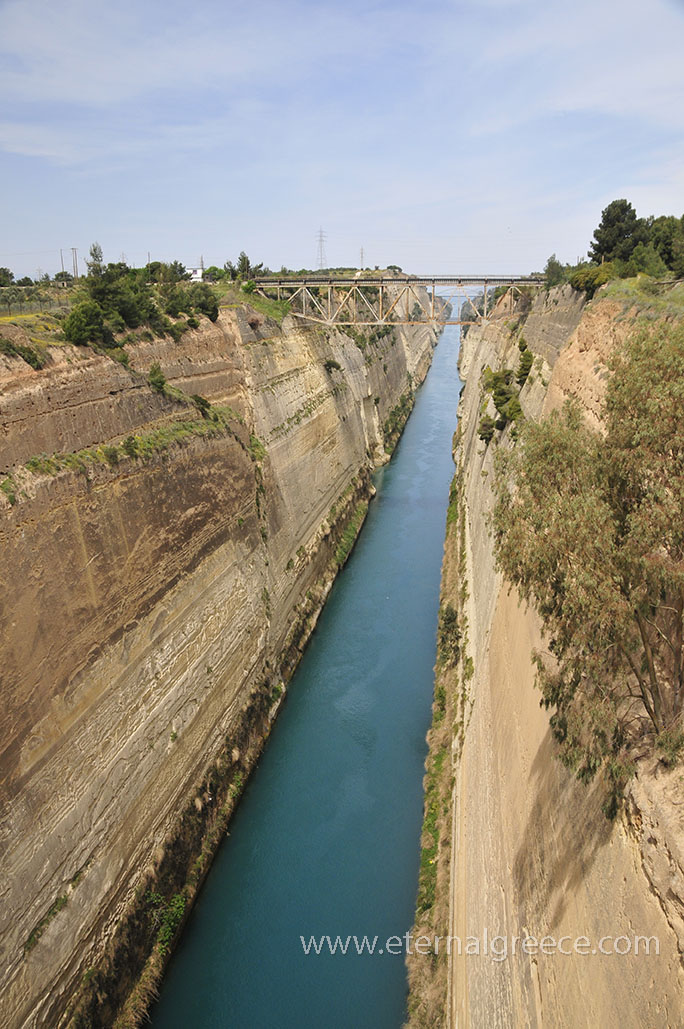 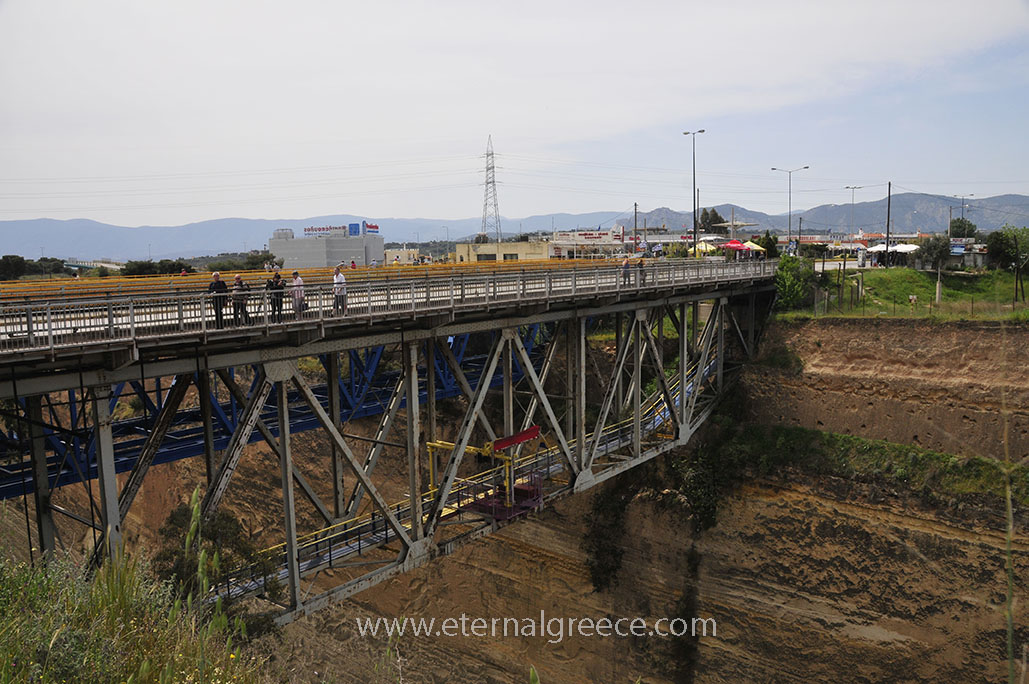 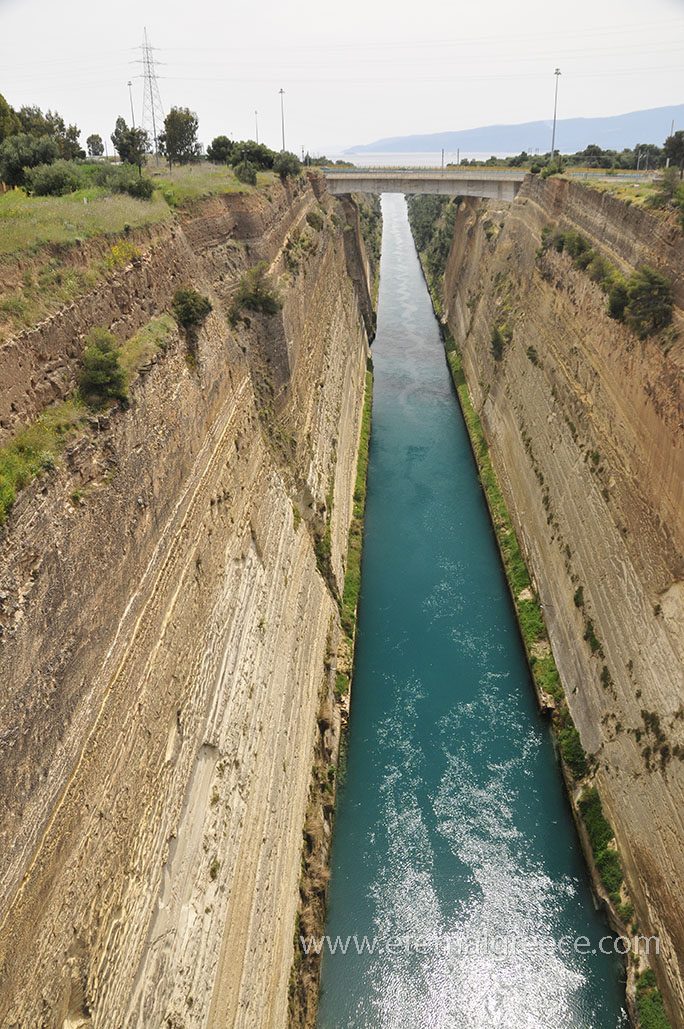 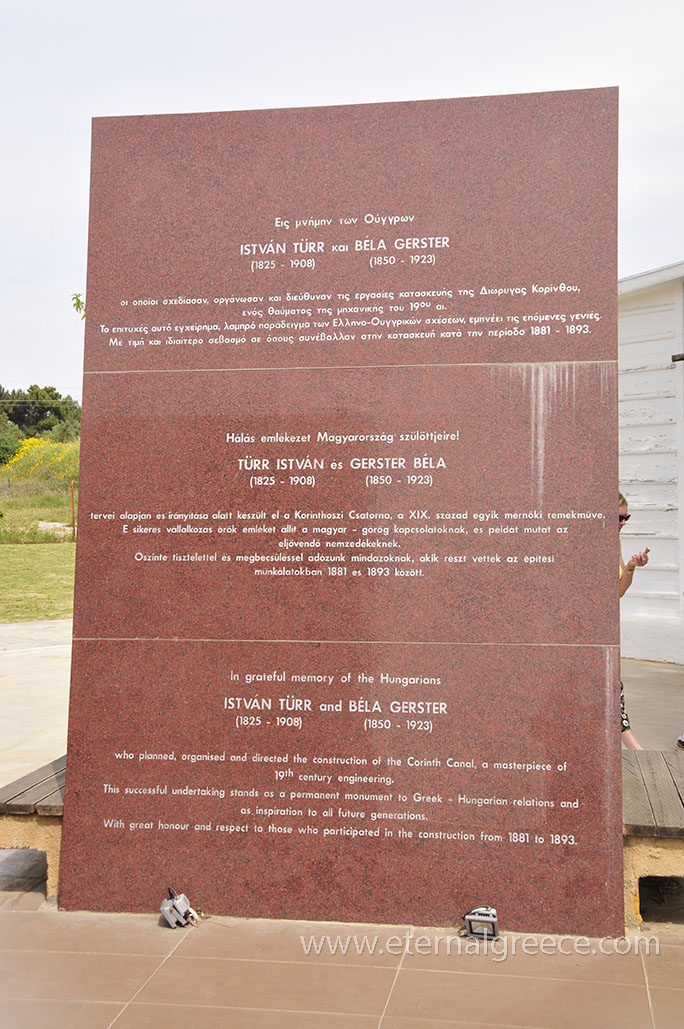 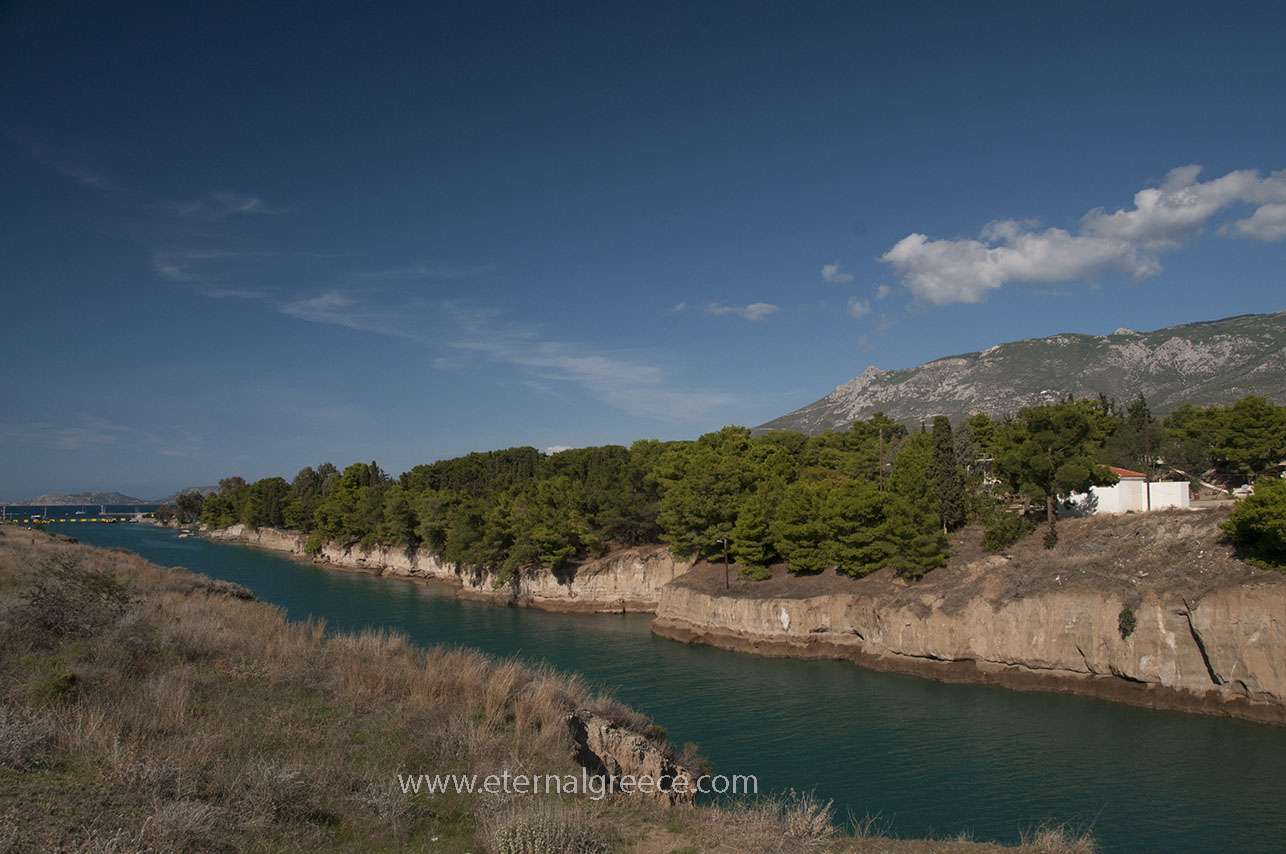 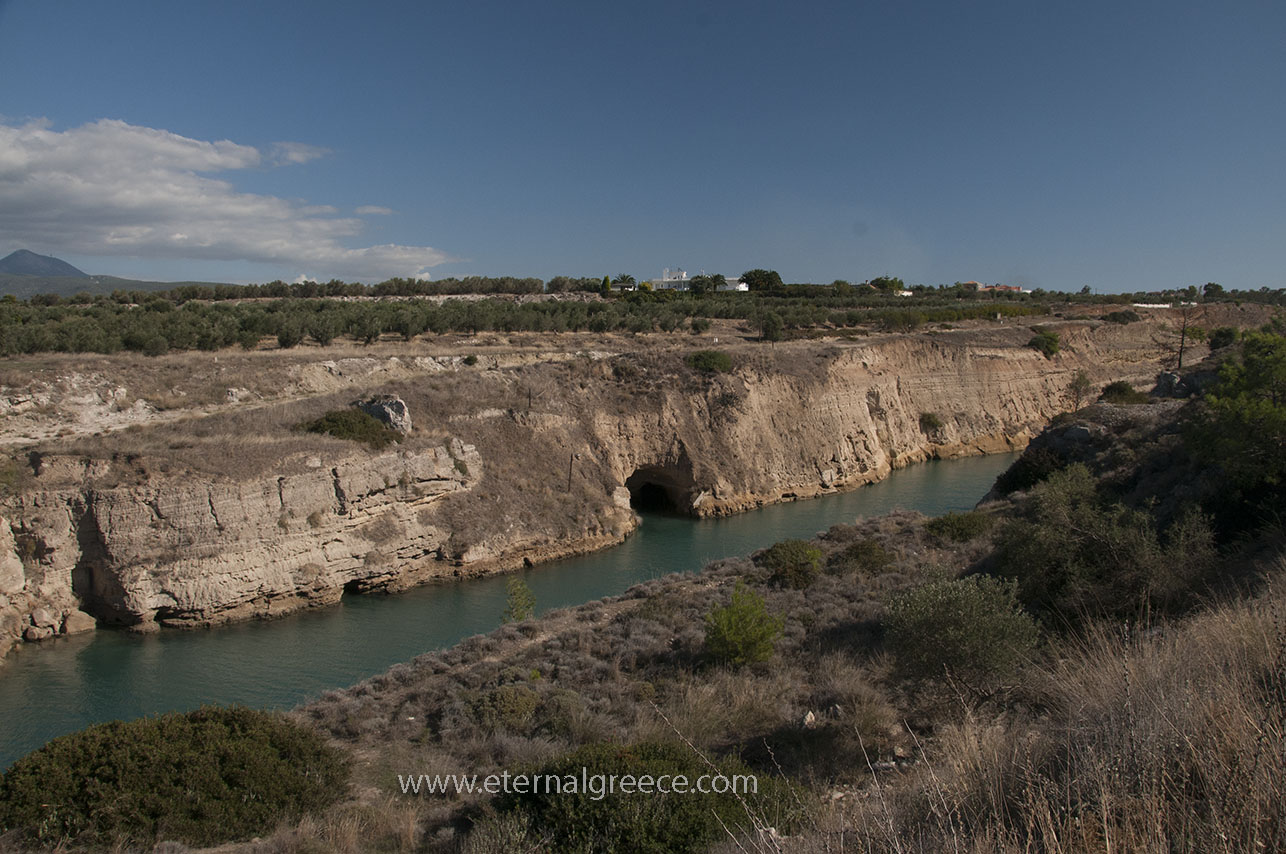 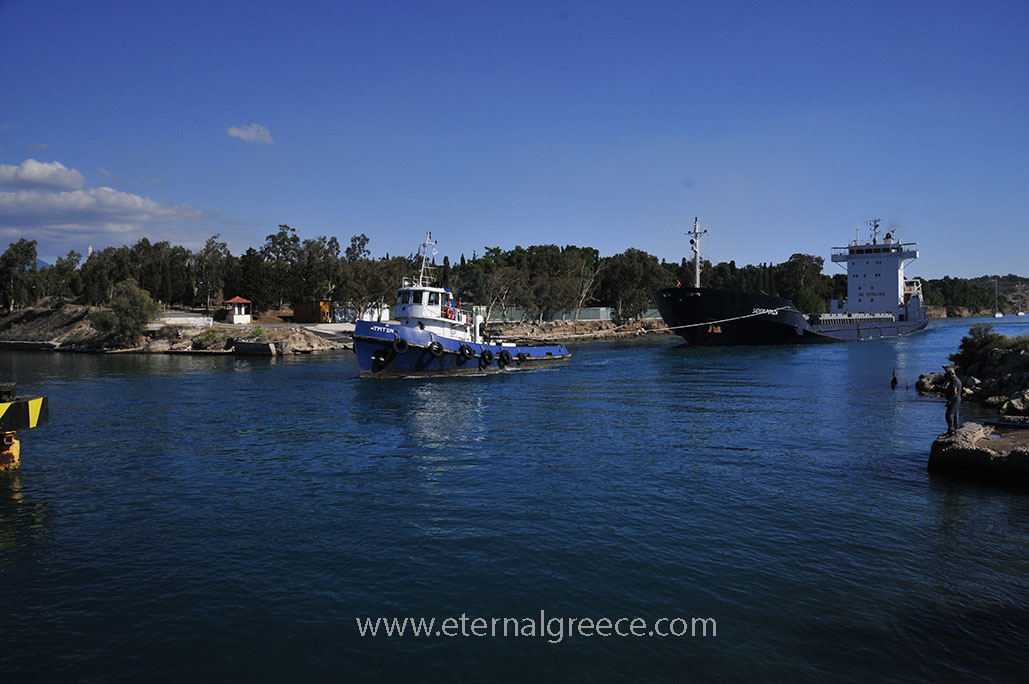 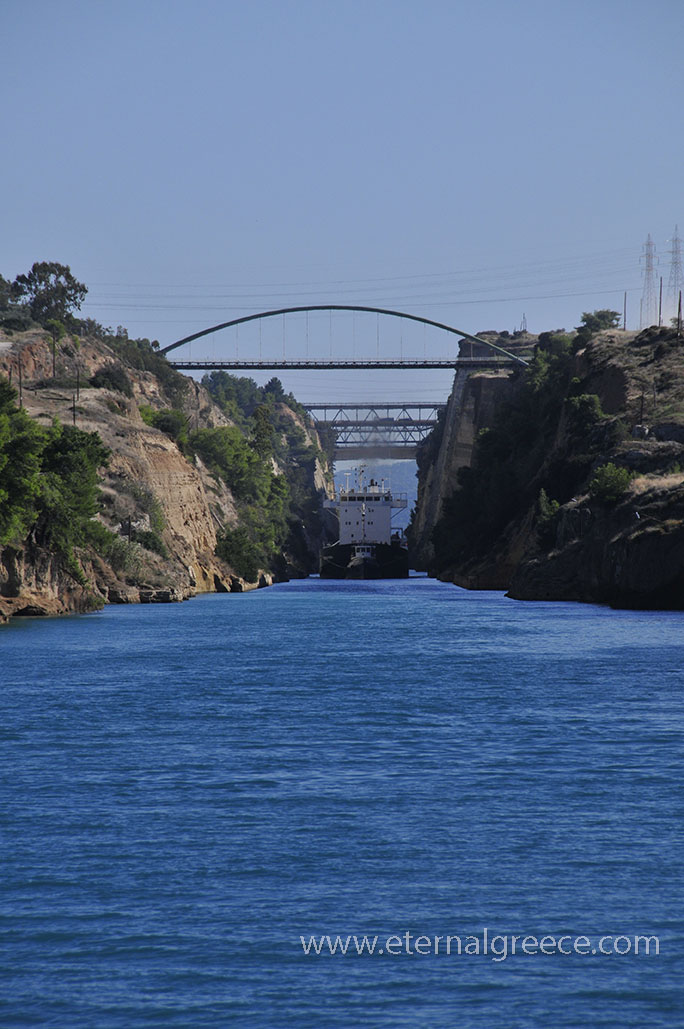